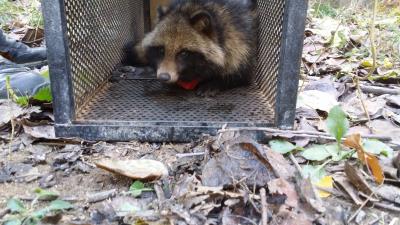 Animal and Plant Quarantine Agency has decided to strengthen the defenses against raccoon rabies, known as propagation medium.
QIA was attached to the tracker to the raccoon that lives in Gyeonggi Province from 2013 to 2014.
Using the Tracker, they studied the radius of raccoon habitat, ecological features, whether vaccin-bait uptake.
As a result, an average home range of the raccoon that lives in Gyeonggi Province was confirmed that the territory has a very narrow (0.48 ± 0.35㎢) compared to the existing the territory raccoon study (0.80 ± 0.53㎢).
In addition, the non-winter, raccoons prefer a place without people, such as forests and grasslands. In winter, he has been found to aspect of access to the resiental arae nearvy to eat the food.
As a result of analyzing the uptake of rabies vaccine bait, it showed a high uptake by 92.7%.
QIA official said, "The survey results will be utilized for improving policy-making such as bait spray vaccination method and reflected in the establishment of plans for strengthening defenses raccoon coming into a residential area near the city".